The after math of the flood (Nam Tuam) has left much catching up to do, but gradually I am starting to form a structure for this study. During the flood time itself I started many drawings and sketches and I took many photos, which I will begin to collate here.
These were initially recording ideas spun from the events as they unfolded, but soon became a much needed distraction to keep busy and not dwell on the circumstances too much. Eventually I have started to collate the thoughts ideas and images into three areas:
1  Characters and Short stories inspired by monitor lizards in the flood - TingTong the Monitor Lizard
Initially the flood at my house was within the previous levels experienced so I had decided to stay put in the house. Due to the rise in the water levels the large monitor lizard that is resident in the nearby woods began to appear much closer to the house...
First in the broken boat... then he emerged from under the pick up truck.... 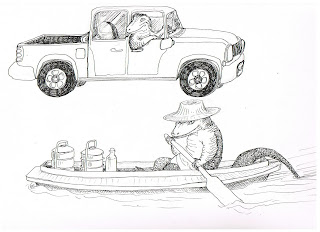 These were the initial drawings based on the sightings. The character is a much maligned creature of the DtuaNuengDtuaThong, being a creature whose previous Thai name caused such offense (being a derogatory slang term against your mother) that they have been renamed 'Silver and Gold' and sightings are believed to bring good luck. This change of fortune is still a transition so many of his activities are misread as opportunistic misbehaviour rather than the altruistic activity of his intention. Therefore the apparent stealing of the car, is actually him moving it to higher ground for safety during the flood. And the stealing of the boat was him preparing the evacuation vehicle!
Later, when at Ban Phe I drew a few more images of him. The stories are developing... with some hep from my friends. 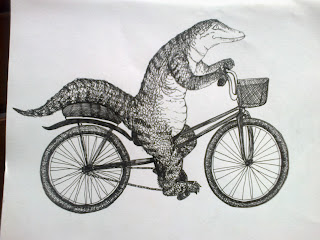 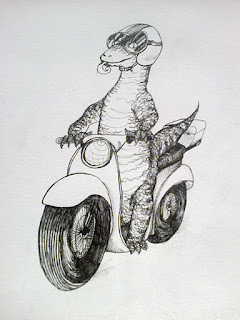 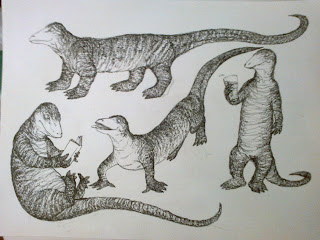 2  Portraits of the elephants from camping at Wat Phu Khao Thong. This started as sketches from 'life' at the time. Iwas camped for 5 weeks with 70 elephants all around me. 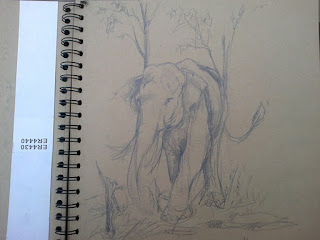 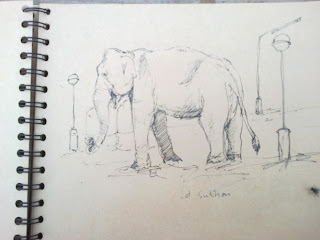 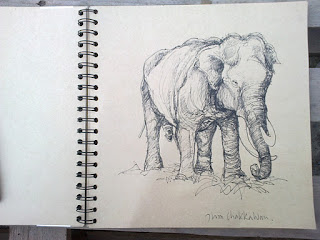 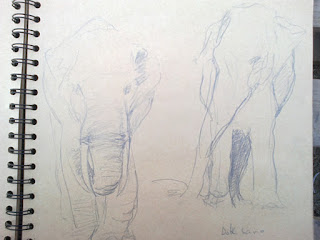 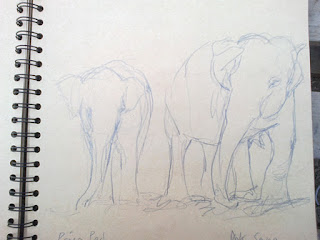 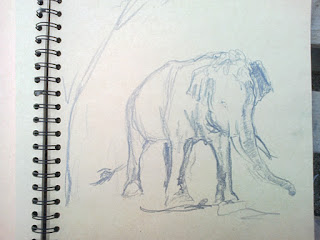 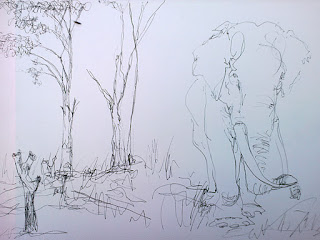 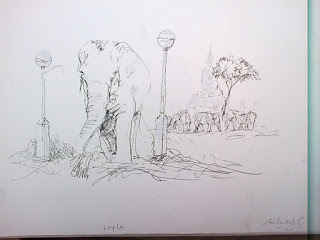 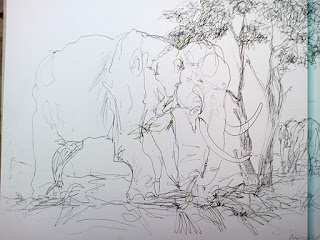 And as time went on I started to paint there. 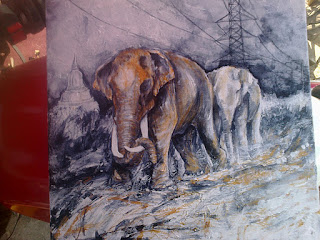 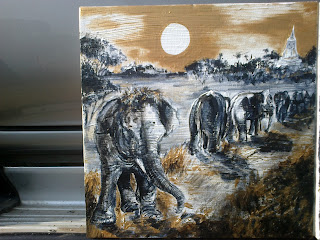 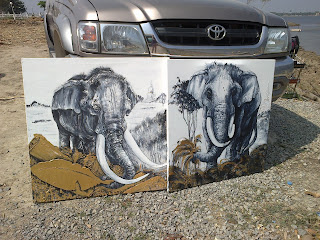 And since my return home is developing into a series of paintings which are in the process of being painted. I am experimenting with working on a number at the same time to build up  a series for exhibition. these are work in progress - the first 'layer' in in Paynes gray - 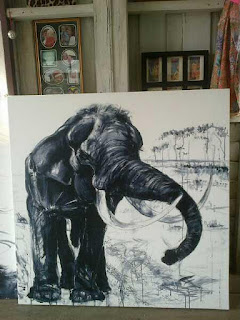 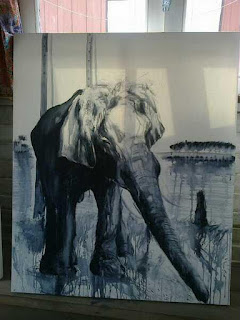 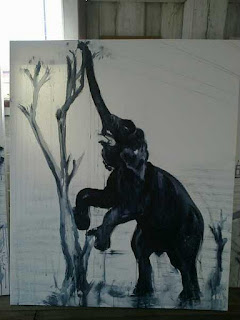 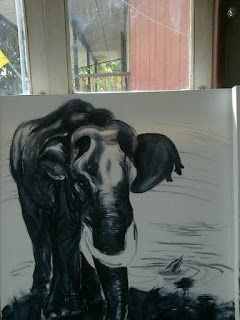 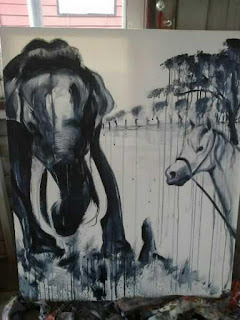 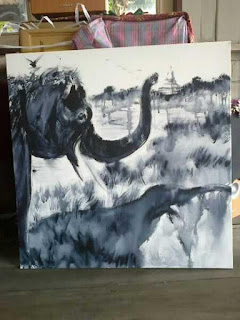 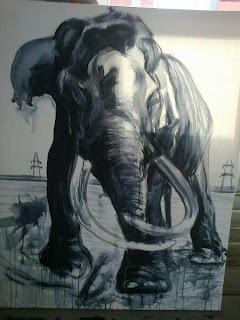 The common theme is the elephants with man made environment intruding into their world, the presence of Wat Phu Khao Thong, the overhead electrical wires or rubbish...
Two have been completed: 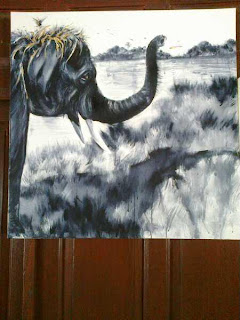 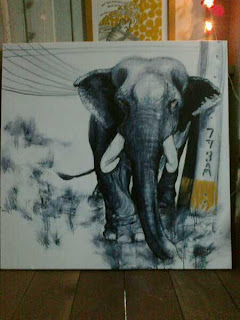 3  The main events - collated initially in a graphic novel form - with a view to a animation at a later date.
This section will be the main area of the academic research. I aim to link my development and recording of this experience and research with the analysis, theories of Dr Paul Well's on narrative strategies and link ideas to the animated works of  Marjane Satrapi's 'Persopolis'


and with the 'Waltz with Bashir' by Ari Folman.


Both are exploring aspects of oral history, memory and representation. Both are recording experiences that deal with trauma and it's affects on our perception. The Nam Tuam was a collective experience of displacement and psychosis; a kind of madness in a surreal emotional and  physical dimension where absurdity became normality; this research is in some ways a process of retrieving some kind of sanity from the debris of the nam tuam. In trying to collect my thoughts I have started to unravel events in a visual narrative that is (at the moment anyway) appearing like a graphic novel. I had thought earlier this would be in the words of others... but my own experience has at this stage taken over as the narrator. This may develop or change as the story unfolds.

Posted by Millie Young at 2:20 PM No comments: