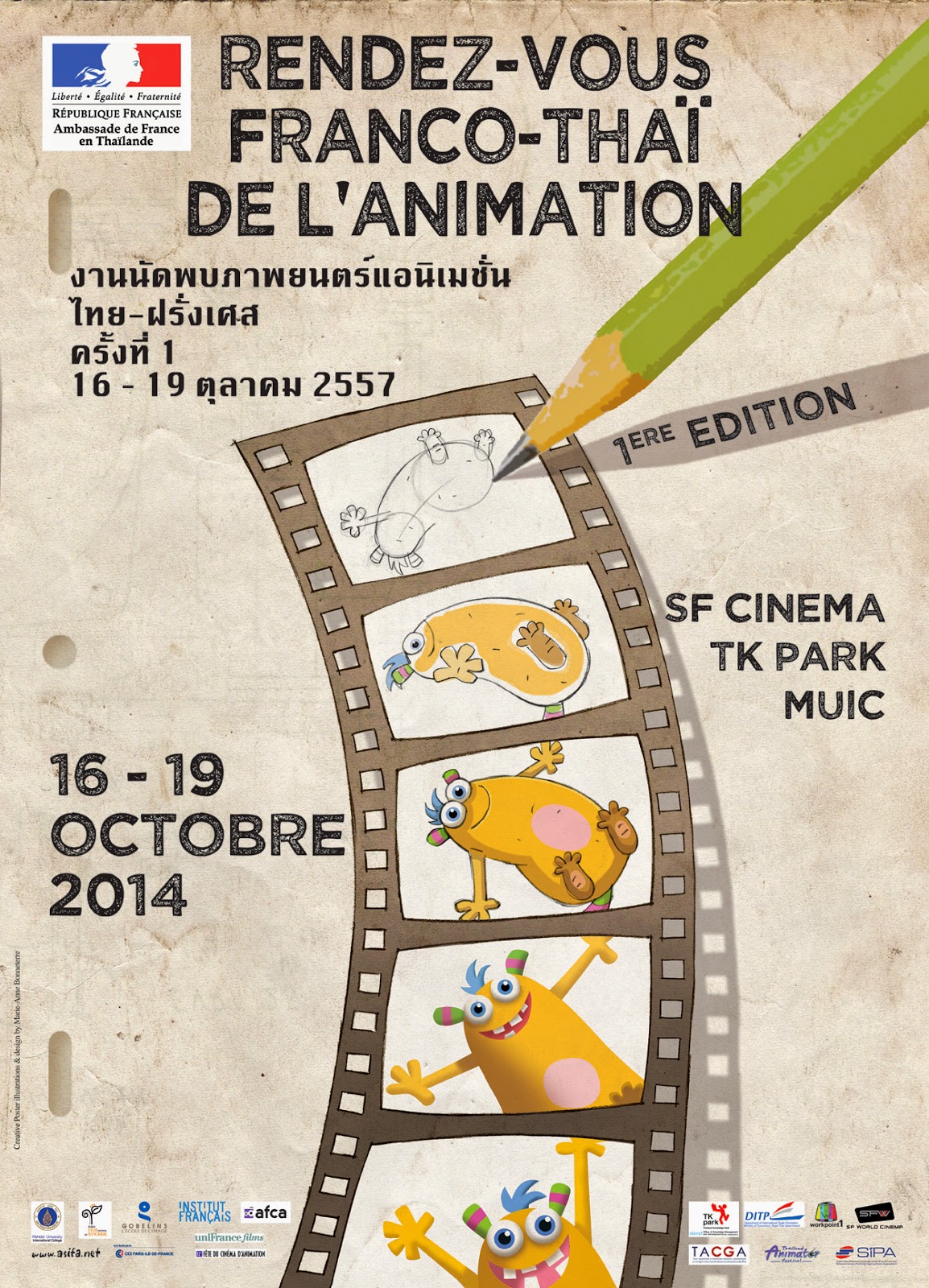 An exciting series of events hosted by The French Embassy Thailand, MUIC and The World Bangkok Film Festival. Featuring animations from France, 'Miniscule', 'The Congress', 'Ernest and Celestine', 'A Cat i n Paris' and 'Tales of the Night' and workshops with Alexandre Heboyan graduate from Les Gobelins and former animator from Dreamworks on films including Kung Fu Panda and Monster vs Aliens".