A guided tour on death

A guided tour on death: Feedback from the talk on the 4th Aug. 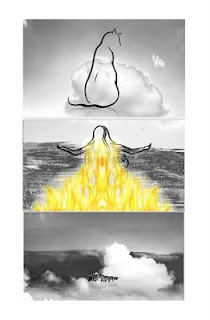 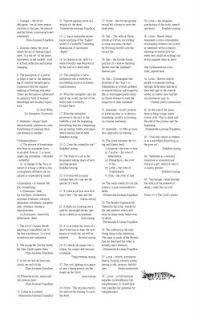 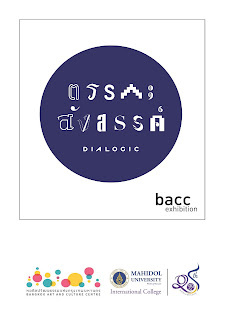 The attendance was predictably low. Not aided by the mid-week lunch time slot selected to link to the MAX 2011 event for (my) graduating students from Mahidol. However the dry run as it were served the purpose of organising the thoughts for this event.

A packed lunch was organised in a  box and gave an illusion of an in flight snack. I liked this active  physical engagement of the audience - the participation of a collectively recognisable action acting as a signifier of a journey. As we waited for the possibility of late coming participants, while munching of the savoury tit-bits, the public service announcement in the BACC unclearly echoed the scheduled starting time for the guided tour. This all seemed very apt to the experience of a guided tour to Dialogic Death.
As an opener each person could randomly select their individualised ticket (as seen in my last post). Each with an original ink drawing and a quote. The words of which could be used a as a starting point to understanding the exhibition. Each person was also given a printed four sided A5 booklet consisting of imaged from the film, the list of quotes and sponsors. The quotes were printed in 4 columns in 6 pt font emulating a traditional Bible format. Playing with the idea that within the text there lies an answer, but the print makes the reading difficult and inaccessible much like the old Bible prints. The experience of the reader is one of painstaking concentration to be able to decipher meaning. And therefore the role of a guide is made more necessary.  The other intended meaning for the booklet was as a prop that signified the typical booklets (I have) experienced in (Christian) funerals. Adding a dimension of a death ritual to the journey.
I therefore had the impromptu idea of singing the opening lines of the hymn, Jerusalem:

"And did those feet in ancient time

Walk upon England’s mountains green?
And was the Holy Lamb of God
On England’s pleasant pastures seen?"
This had an uncanny affect on myself, as this hymn provokes a very direct memory jog to my own Father's funeral. I then, with the remarkable translation aid of Khun Aime, was able to pick through the pieces of the exhibition and shed some light on our, mine and Khun Bua's, ideas.
Despite the small gathering, whom I am very grateful for their time and patience on this initial trip, I feel the format worked well as a means for the audience to play the part of the performer, to walk through the 'valley of the shadow of Death' and to truly fear no evil. Their eyes were (if only partially) opened to the possibilities of interpreting and understanding Death.
I was privileged enough to receive a written response back from the talk and this gave me great encouragement that the 'perfomance' I had given had indeed shed some light on the experience for the audience/performers:

"(to Death)
It's not the death that we should be fear[ful] of, it's the 'Life' (instead). ther are lots of questions happened when I walk to the maze but the big question is what is the question exactly?
(to Millie)
I like your idea of the whole thing. I have questions but I know the only person who can answer all those questions is me :-) I don't really know where the beginning of the animation is. But I think you would say 'It doesn't matter, it's different depend[ing] on individual's experience/thought. Screen 1,2,3 change all the time after each animation ends. that makes a different point of view, when I see it the second time. I guess if I stay longer and see it again my mind will change the meaning of the animation again. interesting. Thank you."                                         kunpa_nan